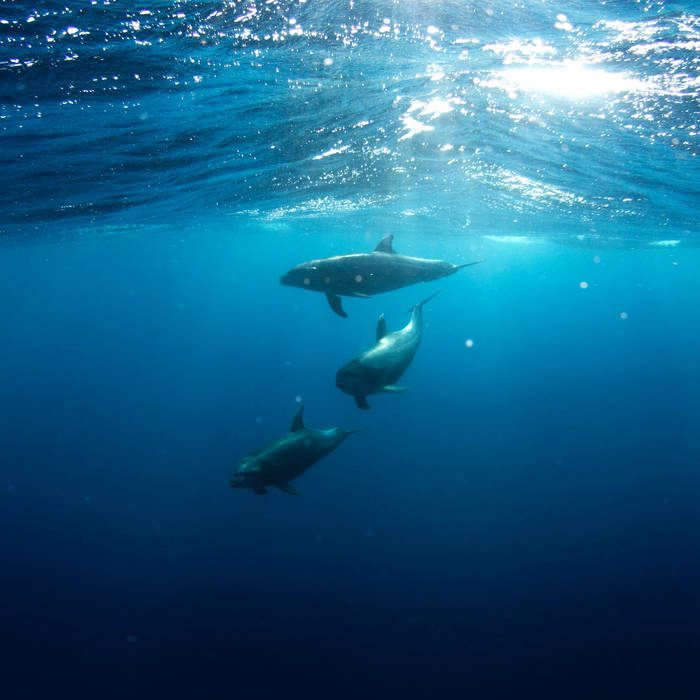 This song is not my usual style, but I had the idea last night and couldn't go to bed before finishing writing this. Even better because this week's challenge is "conversation", so it matches the theme.

The story you are about to hear is true. The names have been changed to protect the innocent.

(By the way, last year I recorded a one shot song where I sang "Descartes" pronouncing the "s" at the end, and I cringe every time I hear it, especially because it broke the rhyme. I'm happy this year I was able to redeem myself!)

An oceanographer walks into a bar
­— wait, she *pretends* to be an oceanographer —
A marine biologist, straight from a seminar
About a new species she’s about to decipher.

“These dolphins”, she declares, “compute in binary,
They teach their young about Descartes,
They store seaweed during winter in a granary,
Because... they’re that smart!”

The whole bar just stares at her in awe
Eyes wide open, mouths agape
“It’s true”, she says, “just like I foresaw...
And even better, I have it all on tape!”

“These dolphins”, she proclaims, “know how to pivot tables,
They teach their young about modern art
Travel the oceans on underwater cables
Because... they’re that smart!”

“Is it really so?”, a voice comes from the back
“I’ve never heard of such a creature
Dolphins are smart, I can see that
But I don’t think they have such a culture”

“These dolphins”, she exclaims, “are not widely known
Not many scientists can tell these dolphins apart
From other dolphins, they keep into their own
Because… they’re that smart!”

“I see your point there, I guess you might be right
Too many mysteries remain under the sea
Let’s not argue then, let’s not get into a fight
We both love the ocean, and that is clear to me!”

“These dolphins”, she indicates, “are friends with everyone
They have big brains, and an even bigger heart
They don’t pay taxes, they don’t have a 401 (k)
Because… they’re that smart!